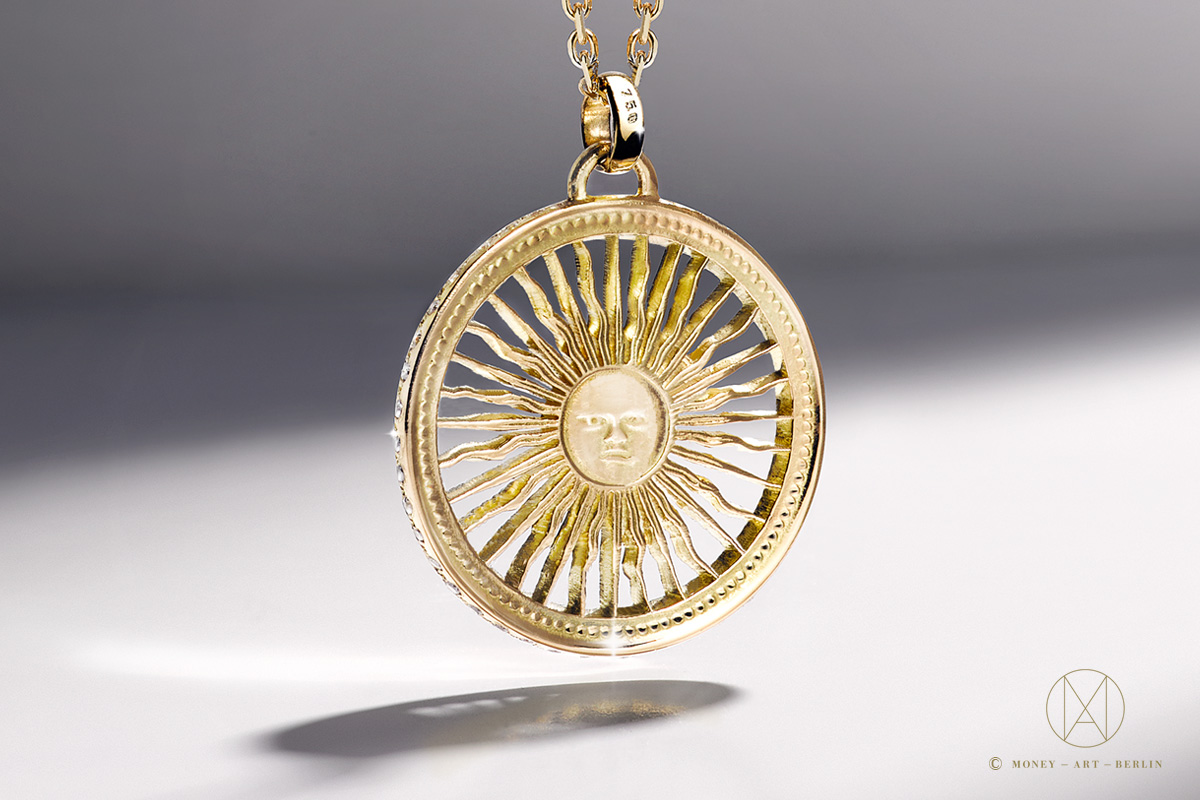 The 32 curved and straight rays of sunlight that form the focal point of the Inca Sun are worked into this piece using delicate cut-out work. The outer edge holds the sun image as a supportive frame, connecting with it at only a few points, thereby giving it its strength and enhancing its radiance.

Through attention to detail and use of expert precision tools, special coins are transformed into beautiful, unique pieces of jewelry.

The beginning of this coin’s existence and also its name – “Sol de Mayo” – both have their origins in the Revolution for Independence of Spain in May of 1810. In 1813 the Sol de Mayo was minted as the first Argentinian coin with this motif. In fact, it even forms part of the Argentinian national flag.

The actual origin of the sun motif with the 16 curved and 16 straight rays comes from Inca mythology. This provides an explanation for the image’s alternative name: the Inca Sun.

With the symbol of the Inca Sun, the sun god Inti has been depicted since the beginning of the 15th century. According to myth, his son founded the Peruvian city of Cusco on earth and so, essentially started the Inca empire. From this myth comes the central idea that Incas are sons of the sun. The sun god was honored and celebrated with the ceremonial festival called Inti Raymi, which is the most important Inca celebration. This took place annually on 21 June, which is the day that marks the winter solstice in the southern hemisphere. Part of this celebration also revolved around giving thanks for the year that had passed and asking for the protection of the sun for the year that was to begin anew. This was especially important due to the fact that the season of sowing seeds for Inca crops – and therefore livelihood – was about to begin.

Thanks to its rich mythical symbolism, the Sol de Mayo pendant stands for warmth and energy. At the same time it also represents a likeness to the power of life that we obtain from the sun. 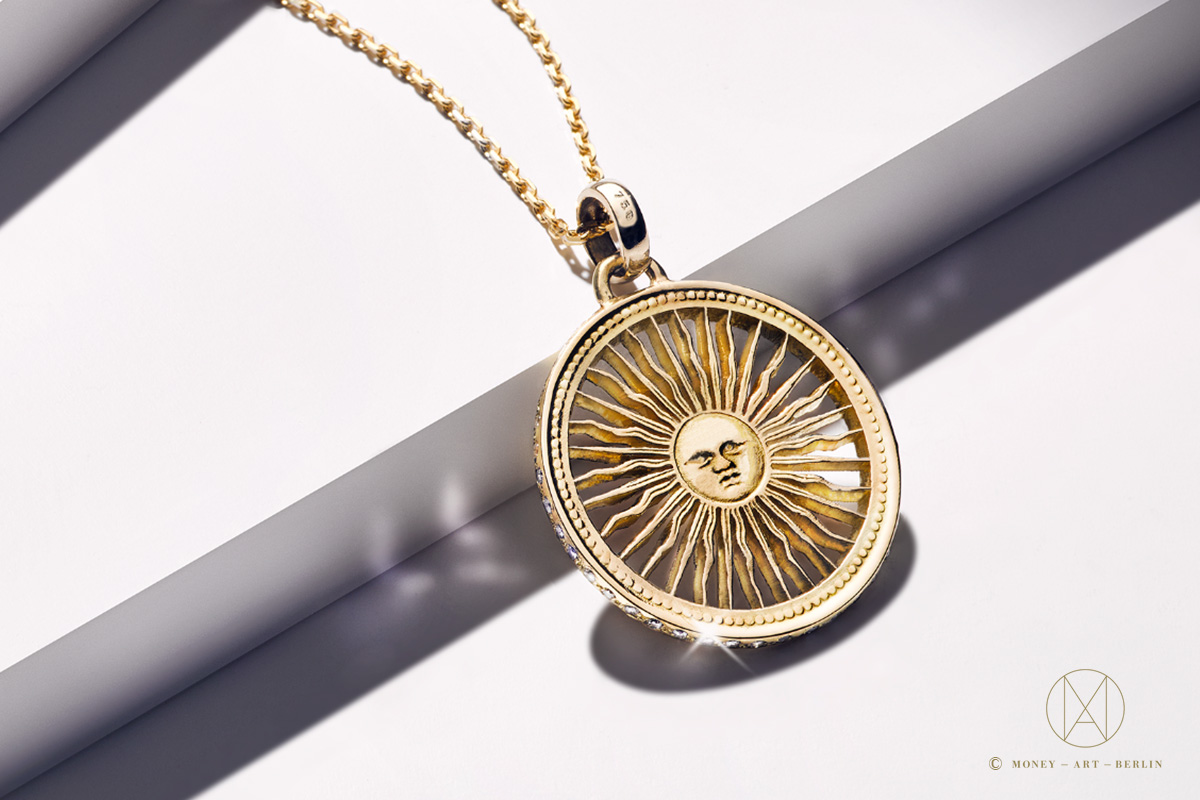