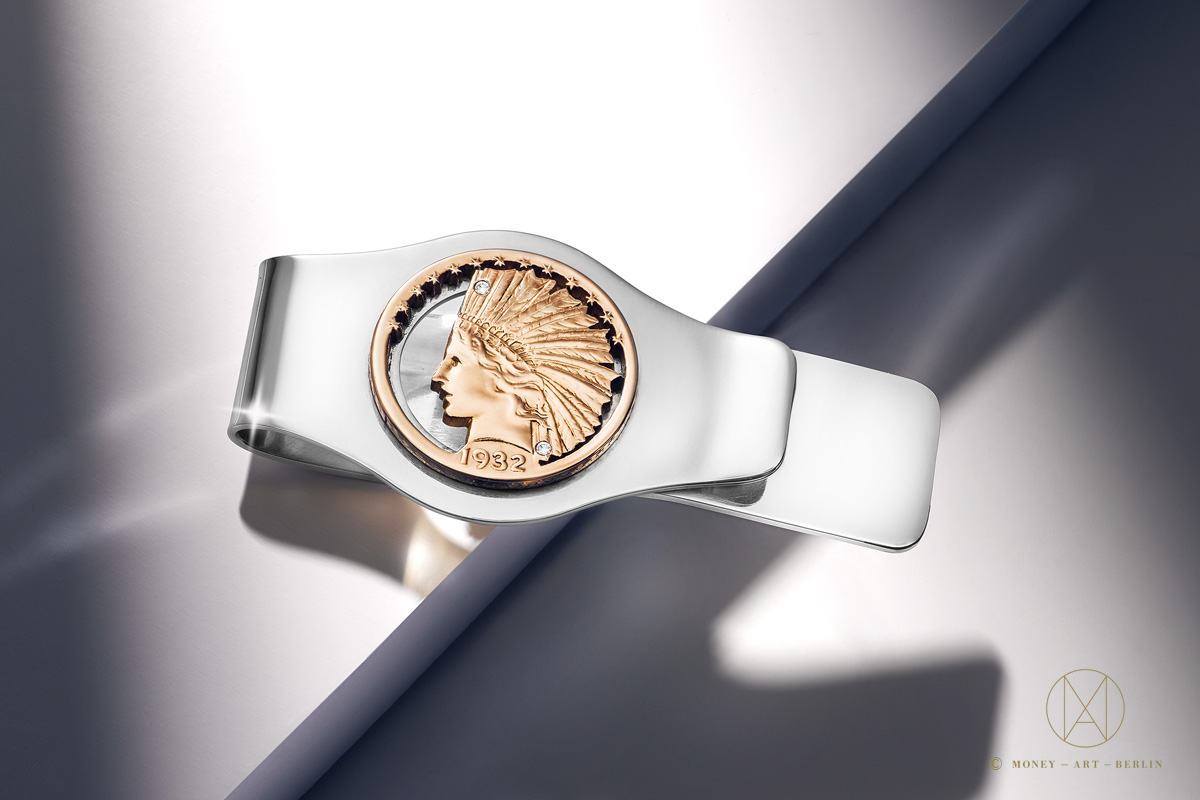 Through just a few cut-outs, the Indian Head has been set apart on the coin and further refined with 2 diamonds with a brilliant cut. Through careful polishing all special details have been made prominent again.

Through attention to detail and use of expert precision tools, special coins are transformed into beautiful, unique pieces of jewelry.

Since the 1790s, the so-called „Eagle Gold Coins“ of 2 ½, 5, and 10 Dollar denominations were the legal currency in the USA. From 1906, the 10 Dollar Indian Head coins were minted and became the successor to the coin that bore an image of Lady Liberty. This marked the end of a coin’s era, spanning nearly 150 years.

The major stock market crash that hit the USA in 1929 is what prompted the US Government to eventually stop issuing gold coins. As a result of the ever-rising gold price following the Great Depression, soon all available coins were melted down.

When inspecting all three coins, it becomes evident that the image on the 10 Dollar coin is different from the other two. This is due to the fact that the Indian Face was modelled on the original Lady Liberty image and therefore appears more delicate and feminine.

What’s particularly special about this money clip is that it’s produced using a real American gold coin and not a replica. Thanks to the year of minting that can be seen on these coins, one can tell that some of them are nearly 100 years old. Not only is the value of these coins high thanks to their age, but it’s further increased through the work that has been put into creating these unique pieces of art.